I was born an Army Brat in Frankfurt West Germany to a handsome Army Officer from Michigan and a gorgeous woman from Port Clinton Ohio.
Constantly on the move and back and forth from Europe, my Dad served one term in Korea and we settled in Pacific Grove California while he worked at the Defense Language Institute in Monterey. My mother purchased their first home together with her small inheritance. They divorced when I was 8 years old and sadly never overcame their bitterness for each other.

I studied to be a diocesan priest in Fresno CA for my first three years of high school and mother got me summer jobs working on a golf course where I helped build the second 18 holes of the Monterey Peninsula Country Club. I decided that I didn’t want to be a priest as that was really my mother’s wish not mine. 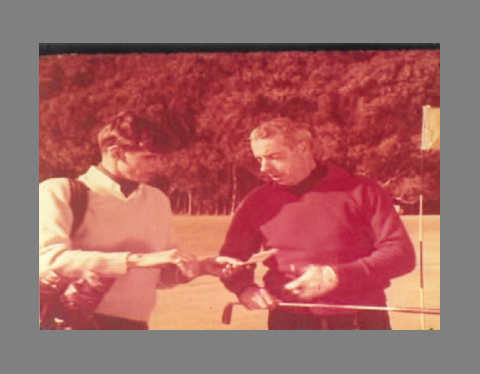 So, scared of women and of life I finished Catholic high school in Monterey and one of the nuns helped me apply for a California State Scholarship which I was awarded.

I had several college possibilities: an appointment to West Point, or going to Princeton, UC Berkeley or the University of Santa Clara. Santa Clara was closest to Carmel where my mother and sister lived so another four years of Jesuit education was to be my life. 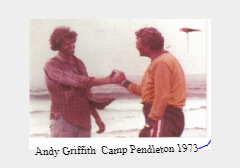 I began doing tv commercials part-time out of San Francisco and was fortunate to have been Joe DiMaggio’s caddy in one commercial. Always needing to work to support myself, I sorted bottles overnight at Royal Crown Cola in San Jose while attending college full time. Six months of that took a serious toll on me.

Enamored of “Hollywood” – my mother had been an extra in a Cary Grant film in Germany and routinely played roles in productions at the California First Theatre – I turned down a Ph.D. fellowship to the University of Texas to seek fame and fortune in Hollywood. 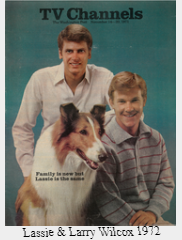 The studio system was imploding, the Vietnam war was exploding and unrest gripped our nation. Martin Luther King and Bobby Kennedy both assassinated put our world on edge. I managed to get some acting work including starring on the last two years of Lassie and worked with such notables as Andy Griffith, William Shatner, Angie Dickinson, and Katherine Helmond.

I married Karen Black and thought I could handle that but I could not. I had been rehabbing houses in Los Angeles for years and owned my first home there but was making little progress. I was about to leave the profession and get a “real” job when I was cast in a NY soap opera entitled For Richer For Poorer which brought me here to NYC.

Katherine had taught me the only way to find a decent apartment in NY those days was to walk around neighborhoods you liked and talk to people. The 10th person I spoke to was a writer name Robert Upton who had a building on W 22. We made a deal and I was officially a New Yorker. When he sold the apartment I needed to move and was so fortunate to find a loft in SoHo where I have lived for more than 40 years.

I continued acting for another few years and tried bi-coastal while living hunting for a tv series during pilot season. Did one with Barbara Eden which just missed being picked up.

Bi-coastal living (spending $10k more per year than I made) landed me in deep debt and I went to work as a temp. rq at L.F.Rothschild, Unterberg Towbin on Wall Street. Smartest group of men and woman I had ever met in my life. Rose through the ranks to become co head of the international marketing department and director of conferences when 1987 wiped out the firm and my second career.

Difficult times until 1994 when I was guided into real estate once I was thinking clearly again. First residential real estate which I did not like and then commercial real estate where I still work. Massey Knakal was the second group of the smartest people I’d met and now that we’ve been bought by Cushman & Wakefield I consider myself most blessed and fortunate.

The advent of the internet (first known to me through DARPA when I was on Wall Street) and Google and Facebook and Twitter made me realize that with each advance in technology there damn sure better be an advance in morality or this world will face the possibility of significant destructive change. I hope this website will be a push in a positive direction.